TV Okey Malaysia Online Live Streaming. Things You Have to Know about TV Okey Malaysia, TV Okey Malaysia is actually a newcomer in the broadcasting industry in Malaysia as it was just launched on March 21st, 2018. This great TV channel, which is owned by Radio Televisyen Malaysia (RTM), has its office in Angkasapuri, Kuala Lumpur, was introduced in order to replace TVi. Then, this particular free to air TV channel can offer you the 16:9 576i SDTV picture format. It means that you can enjoy the good pictures with nice quality. Aside from that, there are several things that you have to know about TV Okey (Malaysia). Then, in case you are so willing to figure them out, it will be excellent if you continue reading below.

The broadcast area
So, there are many things about the TV Okey Malaysia that you have to know for sure. One of them is that it has a wide broadcast area. In other words, it will be aired in three different countries such as Malaysia, Singapore, and Brunei Darussalam. So then, it will be able to provide easier access to the people in those three countries using the analog signal. Well, it is actually available for you on myFreeview at Channel 110 (SD), Astro at Channel 109 (SD), or NJOI at channel 109 (SD). Aside from that, this TV channel can reach the global broadcast area as well through the internet. So, all the thing that you have to do when you want to watch this TV is to visit its official website (okey.rtm.gov.my) or you can also stream to this particular channel through Myklik. In addition, it is actually also available for you as you have the RTM’s mobile application that you can get from the trusted application store or RTM official website. Thus, basically, each of them will allow you to enjoy the best programs of the TV live whenever and wherever you are. 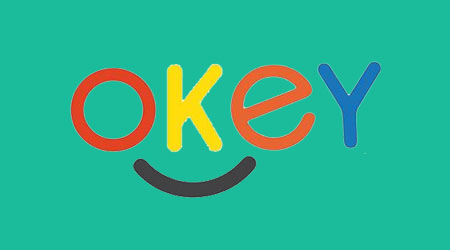 Setting the more features of local dialects
Moreover, many believe that TV Okey Malaysia will be setting the more features of local dialects as it is broadcasted in Sabah and Serawak. It is because the leaders of the country think that all of the messages that the government wants to deliver to the people through the TV channel will be more effective if they do so. This kind of plan will seem to be the best thing to do in order to embrace the more viewers all over the country. If there were only Kadazan and Iban that cud listens to their dialects one to twice a day, the government convinced that there will be more programs featuring the other dialects which are like Bajau and Dusun. By doing so, The government really hope the TV Okey can improve not only the communication between the government and the people but also the creative industry of Sabah and Serawak to the better level. Simply, these two states will have the chances to get exposed to the world as there will be many people that stream to the TV channel and explore what it can offer to the viewers.
Watch Malaysian TV channels Okey TV Live Streaming