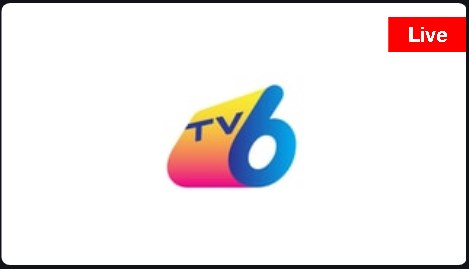 In this test broadcast, TV6 will be broadcast from 7:00 am to 12:00 midnight and will feature a variety of high-definition original shows by RTM including movies, dramas, and entertainment programs. It has been broadcast since March 1 on channel 113 in myFreeview.

Currently, RTM under the Malaysian Broadcasting Department operates TV1, TV2, TV Okey, RTM Sports, and RTM News which are all in HD and operate 24 hours a day.

Not to be missed are the MyFreeview viewers who are mostly from the B40 group are AlHijrah TV, Bernama TV, Go Shop, Awesome TV, and the latest TV Sarawak.

To begin with, TV6's content during this trial period will broadcast many local retro programs including movies, dramas, and mixed entertainment in Malay.

Nevertheless, netizens, especially MyFreeview users, welcome the channel, thereby stimulating the world of broadcasting in the country to compete and offer quality programs.

"Let there be variety so that the audience has many choices and is not boring, I hope there will be Anak Sidek, Usop Sontorian, and so on," said netizen Mashrul Zahrin Masbi.

"This may just be the beginning but the classic show on TV6 seems to be the best so far," said another local social media user by the name of Razak Melan.

MyFreeview is part of the National Broadcasting Digitization Project which was officially launched by the former prime minister, Datuk Seri Najib Tun Razak in 2017.

The government's initiative is to help ease the burden of B40-income households who cannot afford to subscribe to the monthly charge for local cable or satellite pay television broadcasts.